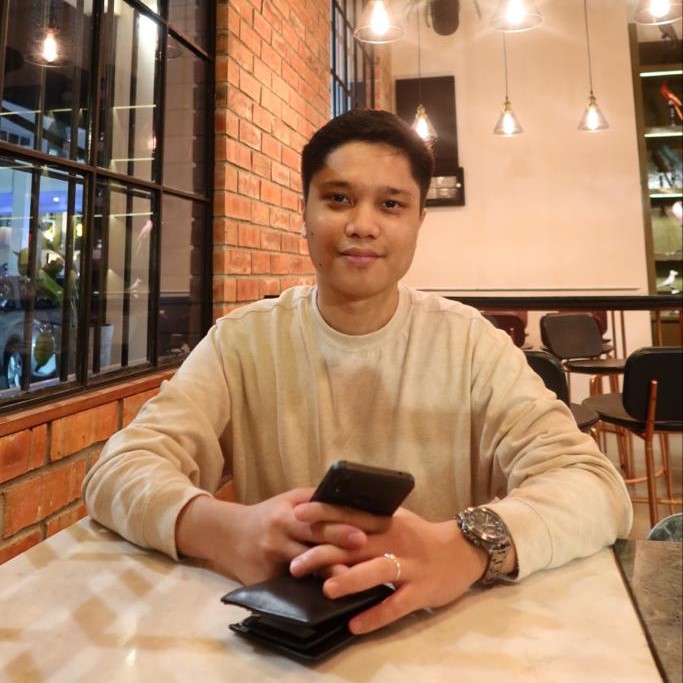 While most programmers are seemingly eager to write new code, few are eager to refactor. In this blog post, I’ll briefly discuss a few salient reasons why I think some programmers appear to be less motivated to do code refactoring work.

When I first started working as a professional software engineer, I would work on old codebases, and my intuition would sometime give signals that something about the source code was off. One such signal was that the code felt too cluttered and hardly readable, making maintenance very frustrating. Arguably, such a signal was vague and is scarcely helpful in improving and refactoring the code.

I could not articulate the problems enough and failed to present a satisfying solution. In the race against deadlines, I ignored the warnings and managed to get the bug fixes and new features delivered on time. The lingering anti-patterns, however, remain – a decision I know would vex future maintainers as it had vexed me.

Thus the vicious cycle of lingering anti-patterns continues, lest a programmer would sever its perpetual cycle in a quest for refactoring, equipped with the wisdom of good design patterns (and perhaps armed with nascent technology).

Stopping this vicious cycle seems deceptively simple: just keep refactoring your code! Yet, why aren’t we doing it yet?

So, Why Aren’t More People Start Refactoring (Yet)?

If you’re like me and have experienced a situation in what I have described as signals that throw hints of code smells, you must be wondering: why aren’t these refactored sooner? I’ve seen too many programmers that never seemed to be alarmed or care that the codes are frustratingly difficult to maintain. While most are eager to write code, few are eager to refactor code.

I think there are a few salient reasons for programmers’ reluctance to refactor codes. (Though I’m sure there are more that may escape my notice.)

It’s probably the broken windows, and I’m not talking about the ones in your office. Instead, I’m referring to the Broken Windows Theory, which states that an environment manifesting signs of crimes, even minor ones, contributes to the growth of crime rates and the proliferation of crimes into more serious ones.

The theory implies that if you police minor crimes, you can maintain order and reduce further crimes. For example, a broken window in an apartment that remains unfixed would create an atmosphere of disorder and chaos. The first few broken windows would initially raise voices of concern from the inhabitants of the apartment. However, as the number of broken windows continues to rise and more serious damage to the apartment has been perpetrated, the concerned voices may slowly diminish into silence and indifference as the state of the apartment, in its gradually dilapidated appearance, instills a growing sense of abandonment.

So what does a theory in criminology has to do with refactoring? As it turns out, as brilliantly discussed in The Pragmatic Programmer, the human behavior observed in the Broken Windows Theory mirrors the behavior of programmers in their reluctance to refactor their codes. Just as the tenants of the dilapidating apartment grew hopeless as to the critical condition of their homes, programmers can lose the motivation to keep their code clean when their code is riddled with messy codes. Hence the never-ending cycle that impedes programmers’ motivation to start refactoring their code.

Learning software engineering design patterns is demanding, often requiring advanced knowledge of the programming language onto which the design patterns were to be applied and a burning passion hot enough to drive programmers to read a corpus of texts on the subject. So, unsurprising, not every programmer is willing to spend their time to know every single design pattern ever published (nor do I think they should).

Nevertheless, in every engineering profession, having the appropriate degree of engineering knowledge is critical for an engineer to know that something’s not right – and consequently, the know-how to make things right. Clearly, when an engineer has limited knowledge in their trade, the likelihood of their design evolving into something more elegant and robust is diminishingly small. For software engineers, negligence to anti-patterns and the necessary application of design patterns to combat them means that their source code – without clever refactoring – would eventually fall prey to software rot. In other words, being more knowledgeable in design patterns can help you articulate and reason about the anti-patterns and code smells plaguing your code, enabling you to come up with a well-informed refactoring decision.

Unfortunately, at least from my experience, programmers who care about factoring design patterns into their code and implementation are scarce. To be sure, programmers who aren’t keen on design patterns don’t necessarily mean they’re bad programmers; perhaps they are just not incentivized enough – or not frustrated enough – to care. Still, it is vital for the maintainability of your software, perhaps more importantly your team’s sanity, to appreciate design patterns and the invaluable insight it provides to help you to refactor your code into something easier to maintain.

Perhaps, programmers (or their managers) perceive little to no value in refactoring. It may be viewed as extra work that can get in the way of doing the actual work, that is, delivering users the features they want. Some may even remark: why bother fixing codes that aren’t broken?

Steven Levitt and Stephen Dubner, in their book Freakonomics, wrote that humans are driven by incentives:

Doctors, lawyers, contractors, stockbrokers, auto mechanics, mortgage brokers, financial planners: they all enjoy a gigantic information advantage. And they use that advantage to help you, the person who hired them, get exactly what you want for the best price.

It would be lovely to think so. But experts are human, and humans respond to incentives. How any given experts treat you, therefore, will depend on how that expert’s incentives are set up.

These incentives that influence the experts can work in your favor or against you. Car manufacturers, for example, are incentivized by designing better aesthetics, safety controls, comfortability, and durability of their cars to maximally attract prospective buyers. On the other hand, real estate agents may sell your house cheaper than they would their own house, just to sell your house quicker; and in doing so, they would lose only a meager couple of hundred dollars in commission compared to you, who would, unfortunately, lose a couple of thousands.

Programmers – as their clients are often led to believe – are experts in writing code that deliver features deemed valuable to their clients. If their clients want some fancy features, the programmers are incentivized to do just that – write codes to deliver the fancy features – alas, often with a lack of care as to the quality of the code. As the project evolves, however, the source code tends to grow unwieldy: integrating new features becomes a complex task, and bugs become harder to catch and fix. But the programmers were effectively inculpable – for they had lived up to their promise of delivering the requested features, and the clients were still no less oblivious about their unfortunate situation.

Here, we can see an example of information asymmetry: a typical situation where one party of a transaction has better information than the other. Naturally, the party with more information would be incentivized to withheld some information so as to maximize their reward, or minimze penalty. Thus, while not refactoring may save the programmers some effort, unbeknownst to their trustful clients, they will have to pay the hefty consequences of hard-to-maintain software in the future (e.g., paying more for support and more costly maintenance).

Interestingly, the example above may not hold true in Software-as-a-Service (SaaS) model, where the client would make recurring payments – as opposed to paying for the software to be developed (usually by outsourcing) and run in the client’s own infrastructure operated by the client’s own team. In this case, the programmers are incentivized to maintain high-quality source code, allowing them to make changes, add new features, and catch bugs more efficiently, thus ensuring better customer retention and attracting prospective new subscribers. Like what Gregor Hohpe had advised, don’t run what you didn’t build!

A good piece of advice is to refactor whenever you see the signals – the smell of code stinks – that’s when you know there’s some refactoring to do. At the very least, if you’re unable to refactor immediately, make a note of it – raise an issue or a backlog to highlight the code that needs refactoring. Other programmers in your team may not be aware that the code is in fact, suffers from anti-patterns and can be further cleaned and improved. Don’t let that one broken window instigate more code smells being left unattended. It is far easier to refactor small pieces of code than to refactor a giant, big ball of mud.

Apart from the deterioration of code quality over time, the continuing shifts in the knowledge and available technology that went into the design and implementation of the software are another reason that refactoring is inherently a never-ending task. For example, gaining more clarity into the business domain may guide you to better design decisions, as does the discovery of new design patterns appropriate for your use cases. In addition, adopting new technology that wasn’t available even a few years ago might make your code a hundred times easier to maintain.

Alas, you can never really end the cycle. The vicious cycle will always be alive, and with each cycle, your source code can grow insidiously, tempting you to ignore the warning signals that shouldn’t be ignored. It is thus crucial for you and your team to understand that refactoring is an essential, perpetual task; negligence of this fact would ensue further disarray and anti-patterns proliferating the source code – plunging you, your team, or future maintainers into maintenance hell.

You may also enjoy